Cat Allergy - What to Do With Yourself and Your Cat 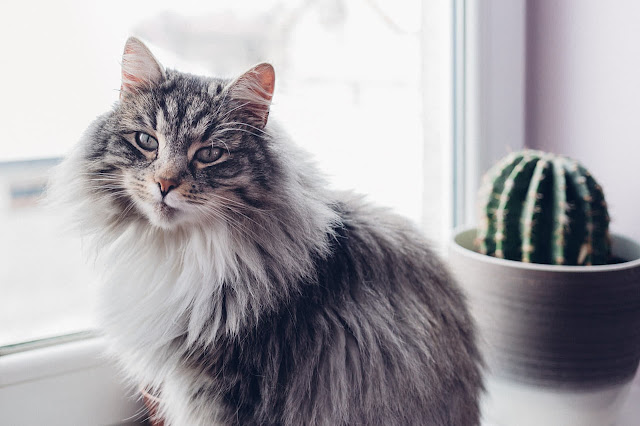 Pets have been an important part of the family for many households in the world. They become sources of entertainment and happiness. However, there are also disadvantages that they can bring. The most common allergy caused by pets is cat allergy. It has affected millions of people all over the world. Exposure to their saliva and dander can trigger allergic reactions and asthma attacks which can worsen if not attended to immediately.

The initial reaction of the body to an invading antigen, or in this case allergen, is the release of antibodies which cause the inflammation and other symptoms. The allergen in this case is the saliva and the dander, which is the skin that has shed already. This can spread to objects in your house that has come in contact with your cat and it is airborne as well which means that there is a possibility that you can inhale these allergens.

Like most allergies, a person who is allergic to cats will manifest signs and symptoms such as red, watery and itchy eyes, sneezing, nasal congestion, difficulty of breathing, coughing, wheezing and the appearance of rashes on areas that have come in contact with their saliva and dander. The symptoms can range from mild to severe, depending on the body's reaction to the allergens.

Upon the first appearance of symptoms, consult your doctor immediately. Your doctor will then do a series of tests, especially skin tests to confirm your allergic reaction to cats. The treatment usually consists of medications to relieve the symptoms such as anti-histamines and steroids to reduce the inflammation. It is also important that you avoid exposure to cats and stay away from objects which have come in contact with them.

The most effective prevention is staying away from cats. However, if you want to be able to get near your cat, you must take these following considerations. Groom your cat regularly so that the dander does not stick on its fur and spread around the house. It is a common misconception that dander and fur are the same. Dander is actually the skin that has shed already and has stuck on the fur of the cat. Sweeping the floor can only spread the dander more. You can vacuum instead so that it does not go around the air in your house. You can also use vacuum on your couch and bed, especially if your cat has the habit of staying there. Sleeping with your cat might have been a common practice, but now that you have been diagnosed with an allergy, avoid doing this. Sleeping with your cat will only worsen the symptoms, especially if you are at the peak of your allergic reaction. Wash your bed sheets, pillow cases and blankets regularly to remove dander that has stuck with the fibers of the cloth.

If you have cat allergy, there is also a possibility that you are allergic to other environmental factors such as pollens and dusts. To ensure a reduction in the appearance of symptoms, make sure that you clean your house regularly so that allergens do not accumulate over time.