Common Concerns Owners Have About Neutering Their Dogs 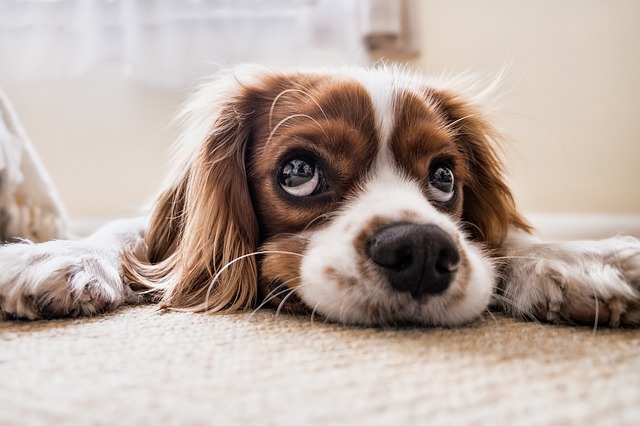 Despite the volumes of information available regarding the benefits of spaying and neutering, many people continue to have concerns about the procedure. Some worry about their male dogs' masculinity; others wonder whether the operation will cause their pets to gain significant weight; and still others believe their canines will lose the willingness to protect their homes. These and other concerns have prevented many owners from following through with the procedure.

In this article, we'll clarify some of the issues in question. Given the importance dogs have to their adopted families, owners' anxiety regarding the operation is understandable. However, it is important to have your male canine neutered. After we address the main concerns, we'll explain the reasons.

"My Canine Will Become Lazy"

This is a common belief. A lot of owners have heard that neutered pets become lazy or passive. Owners are concerned about the procedure turning their dogs into couch potatoes. While most male canines become less aggressive following the operation, they are unlikely to suddenly become lazy or lethargic. Your pet may be less confrontational with other animals. Or, he might feel less compelled to mark his territory. But if your pet is active prior to the operation, he will likely remain so following it.

"My Dog Will Gain Weight"

When a canine is neutered, his metabolism does slow down slightly. This is what leads many people to believe the surgery causes weight gain. But it is a misconception that evades a bigger issue. Because a dog's metabolism slows after being neutered, he needs less food to sustain him and maintain his ideal weight. Many owners, however, continue to feed their pets the same amount of food. This is the factor that causes weight gain.

Make sure your pet receives plenty of daily exercise. Also, cut back on his food portions to compensate for his slower metabolism. If you do these two things, he should not gain weight following surgery.

"My Pet Will No Longer Protect My Home"

If your canine is willing to protect your home prior to the operation, he will be willing to do so afterward. Recall from earlier that neutering makes dogs less aggressive and less territorial. However, it is important to realize that canines are protective of their homes and families by instinct. Neutering will not eliminate this instinct. It will, however, make your pet less likely to fight needlessly.

"I Can't Afford To Have My Pet Neutered"

There's a good chance the operation costs less than you think. First, most large cities have clinics that offer spaying and neutering services for less than $100. The reason is because the cost is subsidized. Canine overpopulation is a large problem in many cities. For this reason, the service is provided at low cost.

Even in smaller regions that lack such clinics, a veterinarian may be able to provide a steep discount on the procedure. This, too, is often subsidized. If you think the cost is more than you can afford, but have yet to investigate the price, take the time to call your veterinarian. Even if the subsidized price is too high, the vet can direct you to a low-cost clinic.

Reasons To Neuter Your Male Dog

We have already mentioned a few of the benefits posed by having your male dog neutered. He will be less aggressive since the level of testosterone in his body will decline. He will also have a reduced tendency to roam in search of females in heat. Your pet will also enjoy better health. Neutering reduces the likelihood he will develop certain conditions, such as hernias, prostate problems, and testicular cancer.

A neutered canine usually makes a better companion. You'll be more comfortable taking your pet into public since he will be less likely to confront and fight with other animals. Given the advantages you and your dog will enjoy, the one-time cost for a simple operation is a good investment.