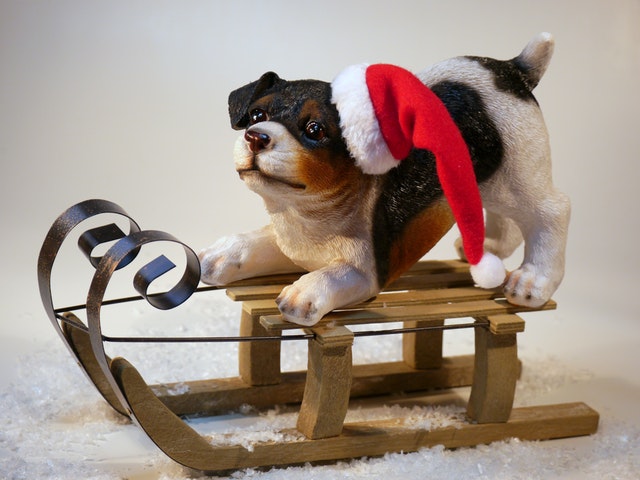 The Christmas season is known for the season of gift giving which makes all the kids and their parents excited. Every year, people think of things they would like to give their loved ones and parents usually think of giving pet dogs as presents to their children. And as expected, their children begin to feel giddy once they see the cute little puppy dogs that their parents had given them for Christmas.

Sadly, sometimes, parents and their children forget that the cute puppies that they got for Christmas are more than just Christmas presents. And it is only a few weeks after Christmas when reality begins to kick in and the task of taking care of these puppies begins to turn into a chore than a hobby. In fact, most of the problems are caused by the dogs like the chewing of furniture, pooping and peeing everywhere, barking all the time and the list just goes on and on.

Then, parents begin to ask themselves why they gave their kids puppies when they are not yet old enough to take care of their own pets. And sadly, what usually happens is that these cute little puppies during Christmas turn out to be pet dogs who are left in the pound feeling unwanted and unloved. The ending to such nice Christmas stories is a sad one not just for the kids who lost their puppies because their too young to take care of their own pets or for the dogs who just lost their chance to have their own family.

If you are seriously considering having a dog, you must be up and about to do all the things not just to keep them alive but to make them feel a part of the family that you have. It is always best to think about getting a dog long and hard. Having pet dogs is a very serious and big decision that people take. It is not something that you decide one minute and decide otherwise a minute after. Having puppies in your home takes serious commitment not just for one but for all the other members of the family.

First, dogs come in so many different breeds and each one has its specific needs that need to be fulfilled. Those that come from the much larger breeds may need more house space, more activities for exercise and an extremely larger amount of food. On the other hand, there are also dogs from a much smaller breed that are sometimes considered as toy dogs because they are usually fun to play with and they can move around so fast. Such smaller dogs can be happily accommodated in small town houses, in flats or in medium-sized apartments.

Second, there are kinds of dogs that require regular visits to the dog groomers just to keep their outer coat in top condition. The others only need occasional brushing of their hair and be showered every other day.

Third, dog training plays a big part in owning dogs. It is a very important that when you decide to have dogs as pets, you need to be able to train them because if you don’t, you will be swarmed with so many dog problems in the future. Christmas comes just once and year but having dogs as pets is a lifetime commitment that is something that you should seriously think about.